This past week Mark Pollock came into our school. Mark first spoke to us about his blindness then about being paralysed. He became blind after suffering from detached retina's at the age of 21. At first he was in complete denial but after time he fought back and yet again achieved great sporting accalades such as rowing at the commonwealth games representing Northern Ireland. 10 years later while attending The Henley Regatta he fell from a 3 story window and broke his spine and as a result is paralysed from the waste down. He spoke about his emotions during the years after this and the srtength he needed to get through. His talk was both inspirational and saddening. He then told us where the money we raise for his run will go towards. It will go to various different charities and will also fund his therapy to try one day be able to walk again.
Posted by Unknown at 04:11 No comments:

In our english class we have just finished watching one of Peter Weirs masterpieces; Witness. Witness was released in 1984. I thouroghly enjoyed Weirs aesthetically pleasing cinemotographic style of directing. The story is set based around the Amish community in 1984. Weir portrays the sense of community and teamwork within the Amish community. Weir uses the main character John Book (played by Harrison Ford) to look at the Amish community from our point of view. John Book is a police officer working in Pennsylvania who is involved in solving the murder of a man at a train station, there was one witness an Amish boy named Samuel- son of Rachel. When Book discovers a member of the police was behind it he realises he isnt safe. He brings Rachel and Samuel back to the Amish community and stays with them there. John Book ends up falling in love with the other main character Rachel. I believe Rachels performance in that she wonderfully shows how much she wants to be with John but shows restraint in not leaving with him leaves her worthy of critical acclaim. The seen where John and Rachel dance is an extremley relateable yet saddening in that we know they can never be together.

Overall I really enjoyed this movie and would recommend it to anyone but especially those capable of appreciating cinemotographic excellance ie the slightly older and more sophisticated generation.
Posted by Unknown at 04:34 No comments:

This past week a memeber of AutismIreland, Denis Sexton gave us a speech about the different types of autism and the different severities. He shared with us his personal struggles with autism, his son jonathan has been affected. Autism has grown severly in the last 25 years. The cause for this is unknown. In the 1980s statics revealed one in 500 people have autism, nowadays one in 100 have some form of the disease. More boys have autism than girls, 1 girl as autism for ecvery 4 boys.
Posted by Unknown at 04:10 1 comment:

This weeks lecture was given to us by a ropse of tralee and her escort named siobhan and daragh respectively. They spoke to us about their recent trip to an area affected by the disaster which took place in 1986. They visited a suburb in belarus which houses many orphans who hacve been effected directly or inderectly effected by the disaster. The Belarussian governement ignore these children who have been so badly effected and as a result they are shunned from society. They spoke of how the orphanage was split up into units with each unit being home to different severity of the illnesses the children posses. It really opened our eyes to how seriously peoples lives have been effected.
Posted by Unknown at 04:22 No comments: 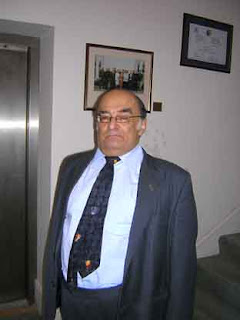 On Tuesday the 11th September a holocaust survivor named Zoltan Collis came into our school to talk to us about his experiences. This lecture was exlusively for tyhe fourth years of our school. In personally thouroughly enjoyed the lecture he gave us. He described un-thinkable events in great detail such as the death of his baby sister and that of his mother. His descriptive lecture gave us all a clear and vivid image of what horrors many people not only jewish people suffered during this period in time. Zoltan was one of many who was sent to the labour camp named Bergen-Belsen. Aswell as been given a lecture by Zoltan, we were also shown a video of the events that took place at this labour camp in north-west Germany.
Posted by Unknown at 04:12 No comments:

On the 3rd of September the students of St.Andrews College including myself departed for a culture trip to three seperate locations. Those who went to the Aran Islands left at approximately 6.45am and those who went to the donegal left at approximately 7.45am. I was on the bus going to donegal, two different groups were staying in two different areas in Donegal. One group went to Dun Lewey, the other went to Gartan Outdoor Adventure Centre. I was part of the group that went to Dun Lewey.
Posted by Unknown at 04:31 1 comment: